Who Are The Pharisees? « A Christian Worldview of Fiction

Who Are The Pharisees? « A Christian Worldview of Fiction
Posted by Kathy at 11:52 AM No comments: Links to this post

The fountain had been still for too long during the drought but now sparkling cold water flowed in great waves, washing away the dust and despair. A man dipped his hat into the pool, pouring the water over his head and body.

When the woman came to the fountain, a chill came over the crowd and they stiffly parted ways to let her in. She seemed to ignore the snub, walking to the water and kneeling beside the flowing stream. She plunged her hands into the water and then drank from her cupped hands.

"What's she doing here?" The words rippled through the crowd. "She doesn't belong here."


"We are here to celebrate the end of the drought!" A deep voice hovered above the crowd and they turned eager eyes to the man standing on the back of the wagon. "We prayed for relief and God heard us. God heard us!"

The woman slowly rose, now standing at the edge of the crowd. She raised her hands above her head and began to sing, "My joy is in you, Lord. You are my joy and my life."

At first, others grumbled as she sang, but her voice was pure and clean, flowing out into the people. The words floated like morning mist but began to settle. Faces changed. Worry lines softened and scowls faded.

Then a man across the way lifted his hat into the air. He linked his voice with the woman's and they sang.

The words flowed through the crowd and others began to pick up the melody. Soon the crowd was singing, swaying slightly to the rhythm of the song.

Posted by Kathy at 7:04 AM No comments: Links to this post

My posts here have dwindled in recent months.  I've enjoyed writing essays about the journey with Jesus. Although I am not ready to call this blog complete, the light is flickering out.

However, I have begun a new blog entitled A Writing Adventure, where I am trying to capture some of my random exploration in writing a mystery novel.  My focus hasn't changed:  to honor God is what I write and I have felt his call to this new field of fiction writing.  Please join me at A Writing Adventure.
Posted by Kathy at 8:45 PM No comments: Links to this post

Cuba will release 52 political prisoners as part of the communist-run Caribbean island's largest release of dissidents since Pope John Paul II visited in 1998, the Cuban Catholic Church said comments monitored by Worthy News Thursday, July 8.  Read the entire article here.
Posted by Kathy at 7:41 AM No comments: Links to this post

Another side to the Haitian disaster, and a reminder of how God is not defeated:
Posted by Kathy at 7:59 AM No comments: Links to this post

Convinced that his target was evil and had to be stopped by extraordinary means, our man assembled a plot to assassinate the enemy of the people. This enemy led a passionate group willing to die for their cause, and our man was equally willing to die to stop this enemy.

This set-up is not the start of some spy novel but a true story about a Christian man who felt called to murder for a cause.

Does it make you uncomfortable that a Christian would initiate such a plan?

A few days ago, Gary Faulkner of Colorado was arrested in Pakistan on such a mission: he planned to assassinate Osama Bin Laden. We know his brother personally and have followed this story with interest.

The question is whether a Christian should concoct a murder. I don't know the answer but I found an interesting historical parallel.

My opening paragraph could describe Gary's mission - or another well-know Christian, Dietrich Bonhoeffer. Bonhoeffer was arrested in Germany in 1941 for planning to assassinate Adolf Hitler. Read an excellent article on his life here.

Bonhoeffer could have stayed quiet but chose to defend the Jews in Germany against Hitler's horrific plans - and died for his commitment.

Although I think we have to be careful not to give ourselves permission to break laws will-nilly, as followers of Jesus we follow higher laws. Who knows what we may be called to do - and what sort of commitment we may have to make?
Posted by Kathy at 11:32 AM No comments: Links to this post 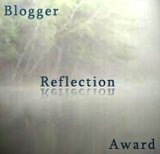 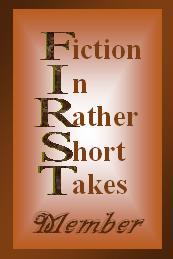 Get updates by e-mail

Kathy
Colorado, United States
I am a follower of Jesus who loves to write and study. 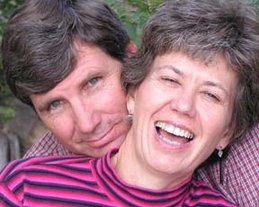 Where they come from

Please sign my guest book, located at the bottom of the page. I'd like to know you've checked in. And don't worry about a photo. You don't need one.